How Many Kinds Of Buffers For Travelling Bridge Crane?

The buffer of travelling bridge crane, by its own deformation, quickly converts the collision kinetic energy into elastic potential energy, thereby reducing the impact of the collision force and avoiding damage to the crane. Common kinds of eot crane buffer has rubber buffers, spring buffers and hydraulic shock absorbers.

(1) Rubber buffer: Use the elastic deformation of rubber during impact to achieve cushioning. Due to low energy absorption, it is generally used in cranes with lower speeds. 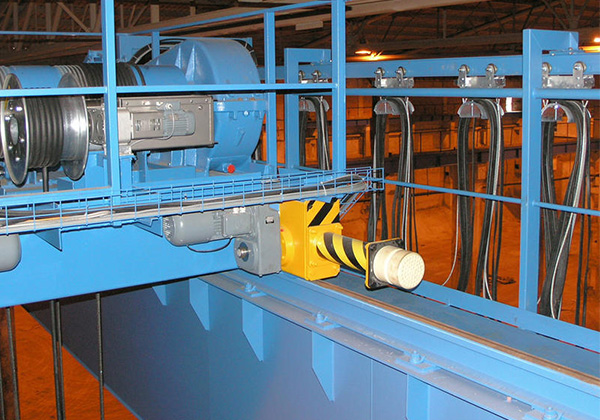 (2) Spring buffer: It can convert most of the impact kinetic energy into the compaction potential energy of the spring. It is suitable for cranes with moderate movement speed. It is the most widely used. The advantage is that the structure is simple and there is still a large impact on the crane. However, now that it has been transformed by technical means, its performance has been greatly improved.

(3) Hydraulic damper: The kinetic energy of the impact is consumed by the oil squeezed by the piston of the oil cylinder, which is suitable for cranes with higher moving speed. The advantage is that it can absorb greater impact kinetic energy, no rebound effect; the disadvantage is that the structure is complex, and the impact of the ambient temperature on the performance of the oil is greater, and the function of the buffer will also be affected.

PRE:Have You Installed Torque Limiter For Your Jib Crane?